How do we teach languages at St. Catherine’s?

As children move into Key stage 2, they are introduced to Latin following the Minimus scheme of work, implemented by Classics for All at Oxford University. Our intent for the teaching of Latin is to teach children in a rich, balanced and progressive curriculum, using Latin to support vocabulary development, a deeper understanding of grammatical structures in English and foreign languages and for children to investigate the derivatives of language alongside historical stories.
The teaching of Latin follows a clear progression in line with age-related expectations. 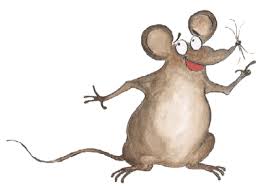 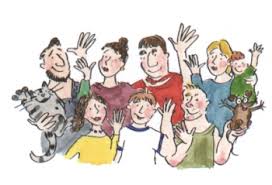 Why is it right for children at St. Catherine’s?

Enhancing children’s vocabulary and promoting a love of reading and language is at the heart of everything we do. Latin is a natural fit for our vision of building better ‘sticky’ knowledge for long term learning in a range of subjects. We teach concepts like ‘democracy’ and ‘monarchy’ in history but we need to do even more to help our pupils make meaningful, rich connections between those words. When pupils are making connections between the root or roots of a word they are creating a larger picture of meaning. In doing this, they are making links to the long-term memory. In this way they will know more, remember more.

As a staff we believe that we should be capitalising more in our pupils’ interest in and playfulness with big words. We believe that we should be talking to them more about where words they came from and also the roots of the words, which are usually from Latin and Greek. In every curriculum area at St. Catherine’s there are concepts and key vocabulary which pupils need to grasp and to use with confidence.

Since Latin lies at the root of 60% of English words, studying it has a beneficial  impact on development of English vocabulary  across a range of subjects – such as science, geography and history – and language skills in general.

How will we know that our children are making progress?

The scheme is divided into chapters that cover different aspects of language with related work to assess the children’s understanding. Children fully immerse in each chapter before moving on and the learning is revisited and revised in each chapter.

The family featured in the Minimus books will be introduced in Year 1 and 2 so that children are familiar with the family and their names before they start to study Latin in Year 3.

Minimus –Starting out in Latin

Children are introduced to a real family that lived in a fort called Vindolanda near Hadrian’s wall in approximately AD100. Children learn the basic rules for Latin (that a V was pronounced W, there was no soft c sound only a hard k, all letters were sounded and that they did not have a J sound – J is pronounced like a Y).

This chapter focuses on nouns and noun endings – masculine –us and feminine –a. Children learn how to introduce themselves and family members. They learn about artefacts found in Vindolanda and that Roman’s celebrated birthdays and had parties. They learn to sing Happy Birthday in Latin and use greetings.

In chapter 2 children revisit nouns and are introduced to adjectives. The family are hosting the Governor of Britain for a special dinner. The children learn adjectives to describe animals and one another and learn that adjectives also have the masculine and feminine endings. They begin to investigate Latin roots e.g. porcus is a pig (pork). Equus is a horse (equestrian)

Chapter 3 focuses on verbs but revisits nouns and adjectives. Children begin to build up a bank of vocabulary. Children learn that in Latin the end of the verb shows who is doing the action and that the language does not have a word for I, you or they but is expressed through the verb ending. E.g. scribo – I write, scribit – he writes, scribunt – they write.

Chapter 4 – The best days of your life

Knowledge Organiser The Best Days of Your Life

Children learn about Roman school life in chapter 4 and consolidates previous learning of nouns, verbs and adjectives. They continue to look at Latin roots.

Chapter 5 introduces adverbs and the fact that Latin adverbs end in er. The story includes history links about life in Briton before and after the Roman invasion and revises nouns, verbs and adjectives.

Knowledge Organiser Latin Off to Town

The family go to Eboracum (York) shopping. The children are introduced to a larger number of nouns and learn how to talk about where they live. They look at Latin roots: – e.g. habitat (he lives). fractus (broken)

The historical aspect of this chapter is the Roman army and concentrates on further verbs in the form of commands and orders. More nouns are introduced and children visit their bank of vocabulary. Plural forms of verb commands are taught
e.g. veni = come (one person) venite (veni +te) = come (more than one person). Children play Simo dicit (Simon says) to reinforce the commands. Further investigation into the derivatives of English is explored e.g. milites – soldiers and children are asked questions such as What does a porter do? The Latin word to carry is portate.

Continuing with adverbs this chapter is based around the Roman baths, health and exercise. It introduces longer statements and more complex language. Children begin to write whole sentences in Latin and translate into English. More historic facts are introduced linked to modern life and Latin roots continue to be investigated: frigidarium – cold room (fridge). A visit to the doctor consolidates commands and introduces further vocabulary.

Prepositions are introduced in this chapter. Children begin to learn about place and position through the day in the life of a soldier. They continue to see the derivatives of English and links to prefixes e.g. circum – round and sub – under.

In this chapter children are introduced to conjunctions and begin to link two sentences in Latin together. They learn the Latin for because, but, and, although and begin to write and speak aloud longer linked sentences.

The final chapter in Minimus focusses around religion in Roman times. This chapter consolidates learning around the main word classes –nouns, adjectives, verbs, adverbs, prepositions and conjunctions. The children now have learned a large amount of vocabulary in Latin and English through derivatives of language.

After each chapter the children are also introduced to a Greek myth. Through the myths children are exposed further to language links and historical facts. The myths can be read in class or the children can listen to them read aloud on the Minimus website.

Latin is introduced in the academic year 2020-21. As the teaching of Latin progresses through the school, and teachers become more confident with the scheme, the second book in the series, Minimus Secundus – Moving on in Latin, will be introduced in Upper Key stage 2 with the whole of ‘Minimus – Starting out in Latin’ being taught in Lower Key stage 2.
Supporting information and activities children can engage with at home can be found on the scheme’s website.

LEARN MORE ABOUT OUR ACTIVITIES DAY-TO-DAY